I searched all over Nantucket with the ladies this past week looking for this basket woven bracelet my Michael Kane. Nick, was at fault for making me obsessed with this Nantucket must. Here is a pic of the owner of the store modeling one for me. You to can get one customized at Michael’s website as well. They are a great gift!  Be warned, you must have deep pockets. They are quite pricey…start saving now 🙂

I’m back and barely alive from our week at the Kuna Compound. After a wild week away with friends and family in Nantucket, I am back and ready to get back to sharing some fun things with all of you. We went to some fantastic restaurants, had a few cocktails, and most importantly  had a lot of fun.  I also bought some fun things to share as well! But, I did want to start off Thursday with a great recipe for a light summer cocktail. This was our version of the Figawi Wowie:

1. Muddle the mint to your desired amount

5. Top off with club soda to taste

You can add as much lemonade as you like. By the end of the week the sweetness was getting to us so we needed to add more club soda! It was a hit! 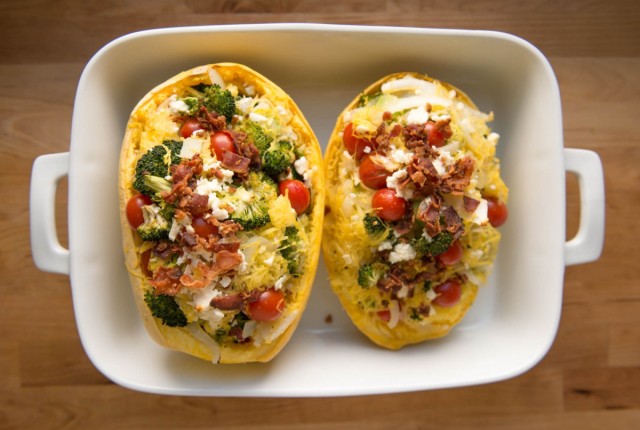 Prep time: 15 minutes
Cook time: 55 minutes
Oven temperature: 425, then 375 degrees
Servings: 4
Ingredients:
1 medium spaghetti squash
1 container grape tomatoes
1 head of broccoli
1 small white onion
2 oz of feta cheese
1/2 lb of cooked bacon (crumbled)
Directions:
1. Cut squash in half and preheat oven to 425 degrees.
2. Scoop out center of the squash – all the seeds and pulp.
3. Bake squash in oven for 35 minutes at 425 degrees in about a 1/2 inch of water on a baking sheet.
4. Cook your bacon until crispy while your squash is in the oven, then crumble.
5. Chop your onion and broccoli, and cut your tomatoes in half if desired.
6. Remove squash from oven and remove “spaghetti” from the skin by using a fork to scrape the sides down. This can be done a few minutes after the squash comes out of the oven so you don’t burn your fingers.
7. Mix shredded squash with veggies, and add in your feta and bacon.
8. Return to squash shells and bake for an additional 15-20 minutes at 375 degrees. Remove from oven and enjoy!

It’s a sale! Head to Nordstrom today and tomorrow for the annual woman’s and baby sale! Great finds! Here are some of my favorites! Click on pics to get yours! Enjoy this beautiful day!

Oh yes, you all know my fur babies are on the top of my priority list 🙂 If you have a pup you must try Seresto this season. It is very pricey but worth it. The fluffers have been running around in the grass and they have been tick free for a months! This never happens. Get to the store and pick up a collar soon! See how happy Charlie looks. You can also see a box in the background. Sadly, we are leaving Southie 😦  Our condo sold in 22 hours and we are off to another adventure! Can’t wait! I am sure there will be posts from all over. Keep checking in! Who knows where we will end up! 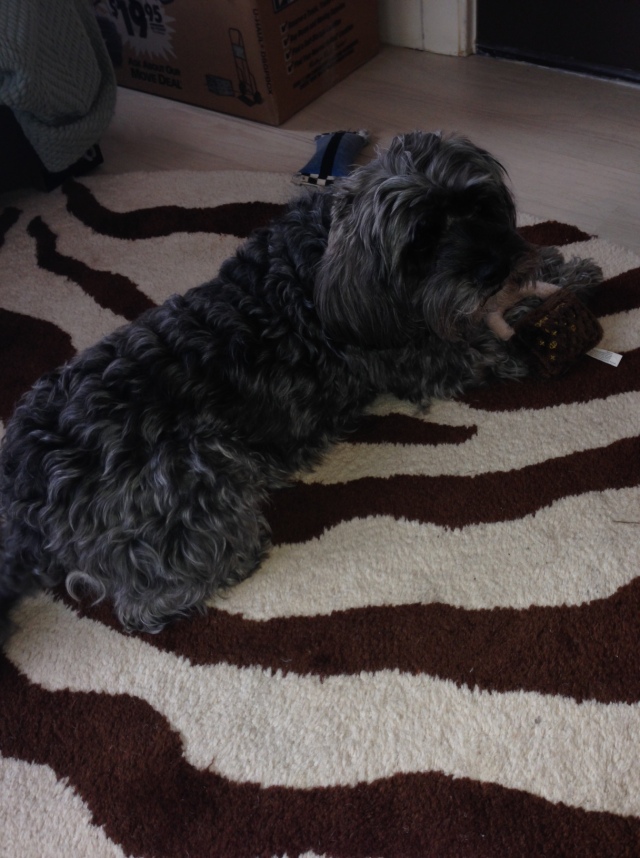 Combine the crushed amaretti cookies and the melted butter. Put in the lined pan and press down to firm and form a crust.

Whisk 1/2 cup of the sugar, the egg yolks, lemon juice, lime juice, limoncello, and salt in a large metal bowl to blend. Set the bowl over a saucepan of simmering water (do not allow the bottom of the bowl to touch the water). Whisk the egg mixture until it is thick and creamy, and a thermometer inserted into the mixture registers 160 degrees F, about 5 minutes. Set the bowl of custard into another bowl of ice water to cool completely. Stir in the zest.

Using an electric mixer, beat the cream and remaining 1/4 cup sugar in another large bowl until firm peaks form. Using a large rubber spatula, gently fold the whipped cream into the custard. Spoon the mixture onto the prepared crust. Fold the overhanging plastic wrap over the custard and freeze until frozen, at least 8 hours or up to 3 days.

What a weekend we had. Today, I really need to get to the gym ASAP. We decided to have a couple dinners out in the city. I did find one of the best and authentic Roman Trattoria restaurants in Boston, Cinquecento. This place has outdoor seating and amazing BUCATINI ALLA CARBONARA!!! OMG, it was one of the best that I have had since we were in Italy. Cinquecento is a must try and its not in the North End but the South End! We ended up trying quite a few things like the Fried veal with Gorgonzola cream sauce and the Lemon Semifreddo, which means half frozen. Its a cross between a cheese cake, frozen custard and gelato. Once again, I haven’t had this since Italy! Summer is on its way and if you are looking for some really good Italian dishes and Vino stop by Cinquecento! You will probably see me there 🙂 Happy Monday! 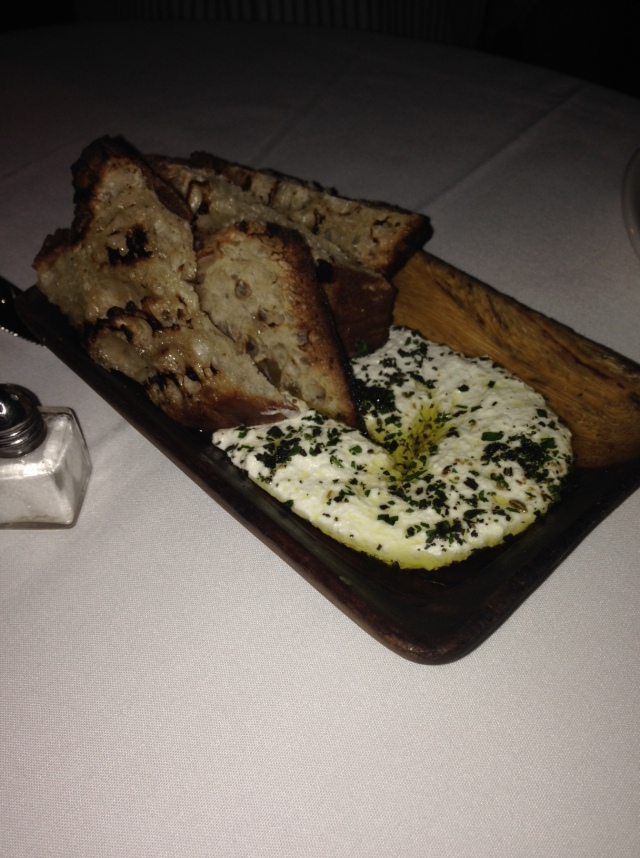 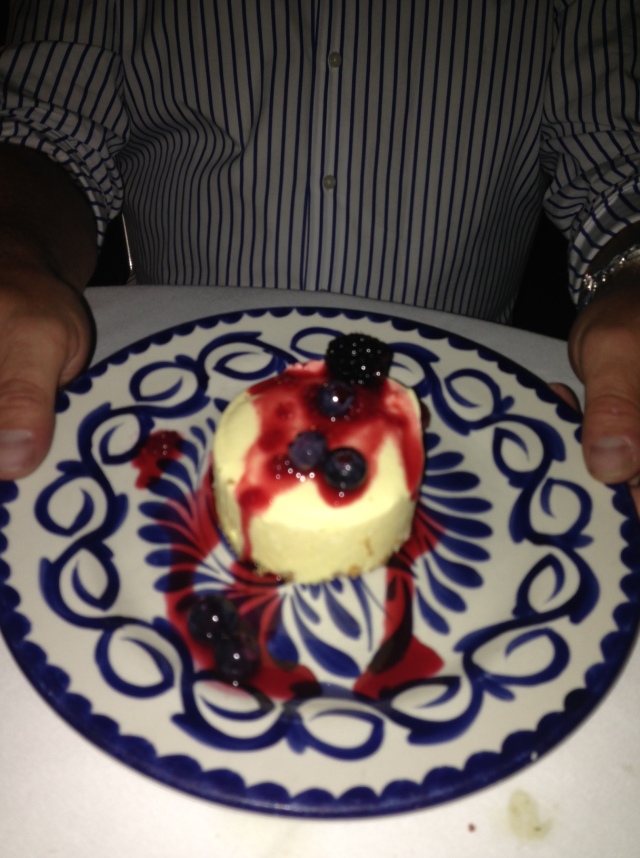 It’s almost here, Memorial Day weekend! The weather better be good this year! Here are some of my pics for some outfits for the whole family for Memorial Day weekend.  ( click on pics to get yours) I just wore the white crochet shirt last night to a new place on the waterfront in Boston, Gather. I really love this shirt.  It goes with anything from jeans, shorts to a skirt, its a nice versatile piece. I also am waiting to become an auntie anyday now! I am loving all the baby clothes!  Enjoy the day! 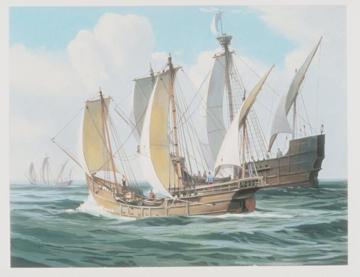 A group of underwater explorers say they believe they have located the missing remains of Christopher Columbus’ flagship, the Santa María, more than five centuries after it wrecked in the Caribbean Sea.

The Independent reported that the team of explorers said they found the wreck’s remains on the sea’s floor off the north coast of Haiti.

“All the geographical, underwater topography and archaeological evidence strongly suggests that this wreck is Columbus’ famous flagship, the Santa Maria,” said the leader of a recent reconnaissance expedition to the site, one of America’s top underwater archaeological investigators, Barry Clifford.
“The Haitian government has been extremely helpful — and we now need to continue working with them to carry out a detailed archaeological excavation of the wreck,” he said.

Clifford said the shipwreck’s remains were found in the same area where Columbus claimed the Santa María ran aground in December of 1492, four months after it departed from a Spanish port in search for a new route to the East, according to CNN.

Clifford was led to the site by using information from Christopher Columbus’ diary, according to The Independent. He went back over some photos taken of the site in 2003 before he and his team returned to the location this month to verify the discovery.

“I am confident that a full excavation of the wreck will yield the first ever detailed marine archaeological evidence of Columbus’ discovery of America.”
This is not Clifford’s first major underwater discovery, according to The Washington Post, which reported that Clifford was responsible for finding what may be the only verified pirate shipwreck in 1984.

The innovative brains at The Food Network have done it again, turning something ordinary into extraordinary with a melon, a cocktail recipe and our very own faucet and shank kit.

Here’s the recipe our friends at The Food Network suggest for the perfect cocktail keg, adapted from The Bubbly Bar, a new cocktail book by Clarkson Potter.

Prepare your watermelon by cutting a lid from the top and scooping out the fruit (use 4 cups of the fruit later for your watermelon puree). Drill a small hole near the bottom of the melon, then use a knife to widen the hole until it’s just slightly smaller than the keg shank. Attach the shank and faucet and you’re ready to add your cocktail.

Thanks to the fantastic minds at The Food Network for inventing such a fun and different way to tap into your melon.